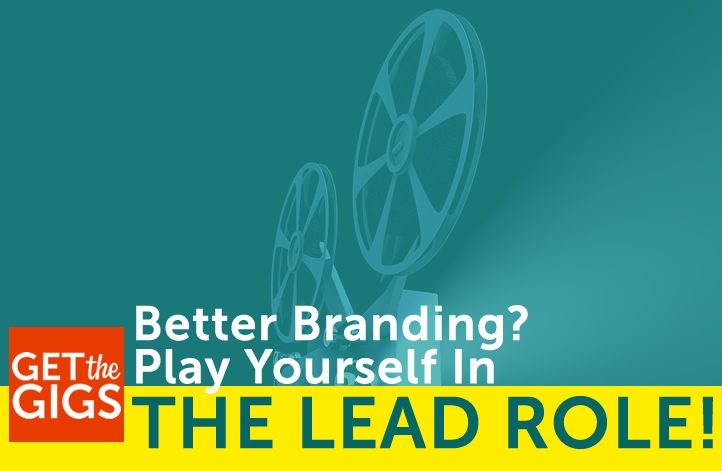 Sometimes I binge watch old TV favorites while I’m doing my nighttime busy work (scheduling posts, connection management, etc.). Recently I started re-watching Scrubs, as I kind of have a thing for Zach Braff’s boyish charm, but I digress. The show’s soundtrack is still awesome and still inspiring, and when Josh Joplin’s “Camera One” came on, it prompted this idea that the best branding comes when you play yourself in the lead role!

What Role Are You Playing Online?

Many a speaker, especially those just starting out, feel they must play a role in order to be taken seriously as a professional.

By playing a role, these speakers fail to appreciate the smarts of their audience. The focused attendee can small insincerity and fake from miles away.

Authenticity is a term that’s been beaten, battered, used and abused in our industry, but it still plays an important role in the way you and your branding are perceived online and on the stage.

There’s little value in playing a role you can’t uphold for the long haul. There’s no one correct way to act as a professional, just as there’s no single right way to interact with your client base. It all depends on who you are AND on your ideal client.

Although I’ve never really been one to suppress my own personality, I too have faced the fear of “feeling” professional. But it wasn’t until I allowed myself to fully embrace all that makes me, well, ME, that I really saw my target niche start to fine down to allow me to work with the very audience I wanted to reach.

I joke that my husband gave me permission to unleash more of the real Mallie, but the reality isn’t silly at all. When you accept yourself and work with what truly makes you, well, Y-O-U, you’re sharing without subterfuge. That earns you plenty of gold authenticity stars!

The song says it all, really. I’m just adding my own .02 to the smarts and savvy.

Actors play roles and the accolades they receive for portraying those roles are part of their craft, their excellence, their skill set.

Your skill set, as a speaker or coach, shouldn't include playing any role except the role of yourself.Click To Tweet

Our goal is not to achieve accolades, it’s to help others solve problems and build better brands. However, when accolades are deserved, wouldn’t it be better if they came from branding ourselves in a fashion that showcases who we really are and what we really stand for.

When those accolades come, and they will if you embrace the idea of marketing the real you with the proper intent and purpose, then you’ll very much deserve to take that bow and mug for the cameras!

The 10 Second Test
Scroll to top